Recently my team was working on a task of Framework up-gradation from 2.0 to 4.0 during which they were struggling with upgrading of Dot Net Installers for some of the foundation softwares + SDK installers.

The anxiety was at its best when just before last day of my sprint I found some hint on one my favorite sites StackOverflow.

This is one reason which prompts me write/share/help people know some of the dark sides of Microsoft which they do behind the scenes. Yes time and again I am here with my experience of this very interesting problem.

The funny side of this problem is the tool i used for identifying and resolving this issue is a tool by Microsoft itself…Orca.exe.

Every time we convert this installer project from Framework 2.0 to Framework 4.0 using VS2010 and run the compiled msi on a system with older version of this software to upgrade we get typical ERROR 1001 stating “The specified service already exists”. This is because the installer was not able to upgrade by removing the older version before installing the new one.

Here I would like to emphasis more on System Upgrade as we were not facing any issue on a fresh install. Generally, in order to make your msi up gradable we generally set the RemovePreviousVersions property of the installer to True and change the GUID and Assembly Version so that msi can auto detect for the system upgrade. Perhaps this behavior FAILS when we compile installer projects in VS2008 or above.

If you have set both install and uninstall custom actions in an application’s setup project, and you have enabled the RemovePreviousVersions property in Visual Studio 2005, the previous version of the product is uninstalled during an upgrade. However, this behavior changed in Visual Studio 2008 as follows:

If you created custom actions relying on the old behavior, you need to modify your code for the new behavior. This behavior change affects only updates, not uninstalls.

So how to “Put the VS2008 behaviour back to how it worked in VS2005” (the old versions Uninstall custom action is called before the new version Install) .

Orca is the solution….

Screen Shot with position of RemoveExistingProduct in VS2010 compiled project 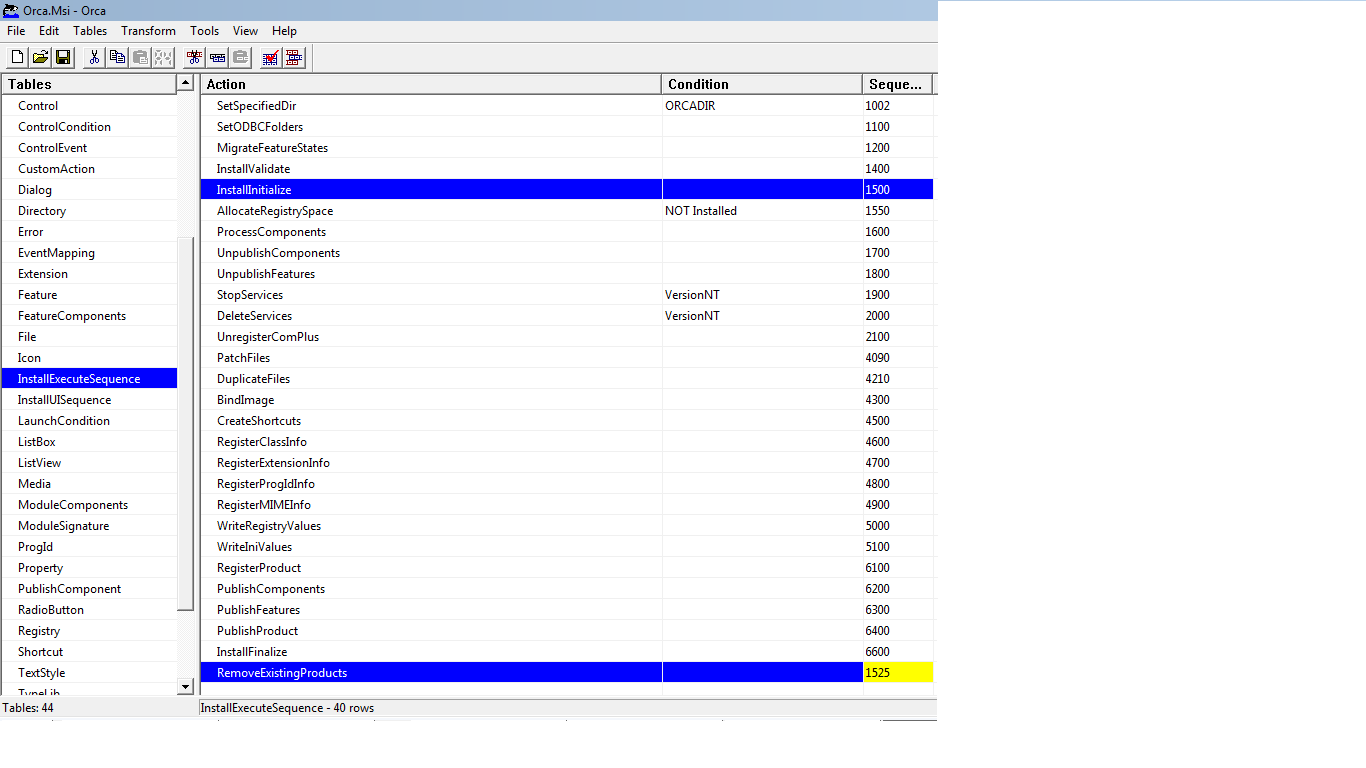 From past one week i have been scratching head to fulfill one of my projects business requirement to get Hotmail Contacts email address using Windows Live Connect API but the LIVE connect developer SDK says due to privacy reasons we do not expose users contact email address. The Hotmail Contact API returns contact basic info along with EMAIL HASH which is of no use 🙁 .

After digging deep i found that there are couple of sites which are extracting Hotmail users contact Email Address. Like LinkedIn, EduGraph etc. On getting even deeper to understand how these sites are doing using some of the popular developer digging tools like the FIDDLER i got to know about the an OBSOLETE Microsoft API named DELEGATED AUTHENTICATION.

This topic describes functionality that will be obsolete. This functionality is provided only to support legacy applications. Live Connect incorporates features that provide equivalent functionality.

Note  For user privacy reasons, we do not provide access to the email and address info of a user’s contacts.

Anyways somebody has to consolidate all this info for the benefit of others so let me take this opportunity for the sake of other developers…. 🙂

Screen shot for the Concent:

Now comes the final process for which the blog has been created. Getting the Hotmail contacts.

There are couple of handy links which you can use:
Hope the article would be helpful!!! 🙂

• Mediator:-Defines simplified communication between classes.
• Memento:-Capture and restore an object’s internal state.
• Interpreter:- A way to include language elements in a program.
• Iterator:-Sequentially access the elements of a collection.
• Chain of Resp: – A way of passing a request between a chain of objects.
• Command:-Encapsulate a command request as an object.
• State:-Alter an object’s behavior when its state changes.
• Strategy:-Encapsulates an algorithm inside a class.
• Observer: – A way of notifying change to a number of classes.
• Template Method:-Defer the exact steps of an algorithm to a subclass.
• Visitor:-Defines a new operation to a class without change.