As mentioned in my previous post about Application container cloud. We can use two options to upload application archive to ACSS

In this post, we will talk about upload archive via storage cloud Service using REST API. There is two steps for that 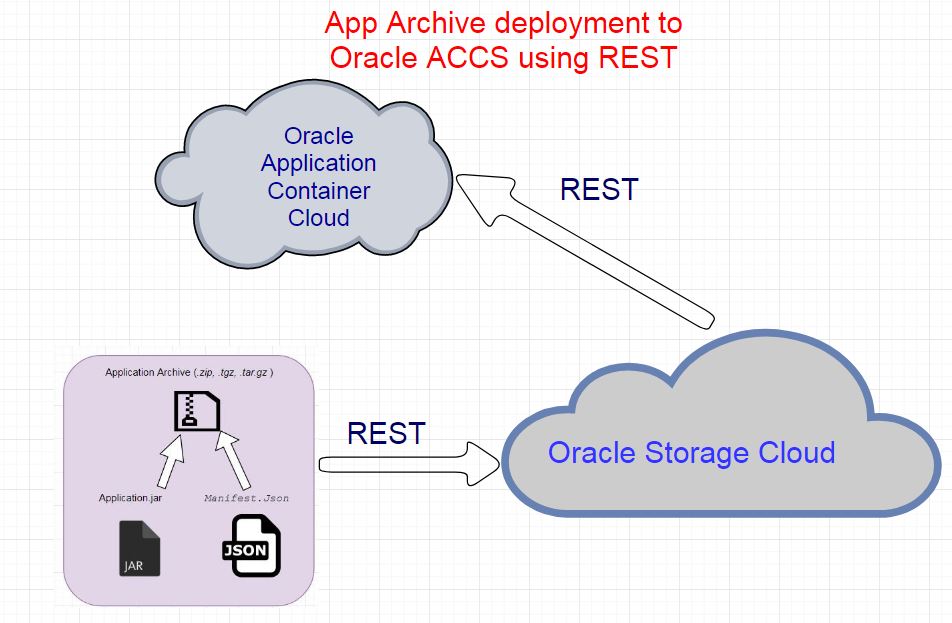 Information credentials for cloud account should be handy as identity, domain, password for using in REST API. Using cURL scripts to upload your application to the storage service. 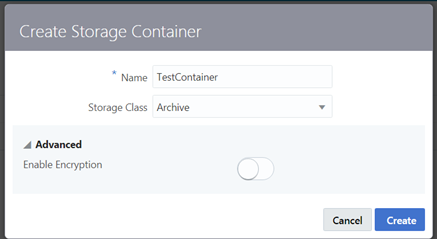 We will create container via curl command.

For example use following script to upload it

After running these script, it is uploaded to Storage cloud container.

After uploading archive to Storage cloud servicee, ACC’s deployment procedure can be invoked. We need to provide standard set of information while deploying. Sample schema of script should be as follows

Trying to upload with following script –

You can automate these two process using maven. You can also configured this by maven plugin in Oracle Developer cloud services.

Platform-as-a-Service (PaaS) is buzz word now. Every day you are going to hear more and more PaaS has quickly evolved into a standard for building an agile business platform, and that’s cause for excitement. Platform as a service (PaaS) is exciting for customers—not just those who want to move to the cloud, but also those who see PaaS as a way to build applications faster and more efficiently. As Oracle releases more development tools in the cloud, I believe that PaaS will become the de facto way to extend software as a service (SaaS).

Benefits of PaaS –
With PaaS, no longer have to worry about the cost and time associated with maintaining hardware or a data center. By bypassing the setup required for a development environment, your organization will achieve faster time to value on projects. Most PaaS offerings are on a consumption model: Much like buying gas, you fill up only when you need to, and you pay for only what you use. Finally, the quick-start, user-friendly, cloud-based development tools enable and foster continuous innovation.

PaaS4SaaS – PaaS-SaaS Integration is important.If you are running an Oracle Software as a Service (SaaS) application, for example, Oracle Sales Cloud, you can write extensions to that service and deploy them on Oracle Java Cloud Service – SaaS Extension.

Custom application UI can build on ADF or Javascript UI technologies with the database as cloud service (DBCS)and deploy in JCS.
Application displays reports on sales cloud opportunities and order for the previous duration and product manager can see a custom dashboard with documents in a custom application deployed on JCS. This can be a great use case for PaaS4SaaS . There can be many use cases for enterprise applications. So how we can fix that. How we can define a standard for PaaS4SaaS’s applications.

Oracle Java Cloud Service – SaaS Extension reduces the complexity associated with the deployment and maintenance of enterprise Java applications. It enables you to create Oracle Java Cloud Service – SaaS Extension instances quickly. You can deploy your applications to a service instance, then secure and manage them without worrying about the underlying infrastructure.

provides a platform to develop and deploy business applications in the cloud. With Oracle Java Cloud Service – SaaS Extension, businesses can maximize productivity with instant access to a cloud environment powered by Oracle WebLogic Server, complete with integrated security and database access.

PaaS-SaaS Integration – If you using Oracle Software as a Service (SaaS) application, for example, Oracle Sales Cloud, you can write extensions to that service and deploy them on Oracle Java Cloud Service – SaaS Extension

Integrating services such as Oracle Sales Cloud and Oracle Java Cloud Service – SaaS Extension allows them to be associated so that single sign-on can be enabled, thus allowing one service to act as the identity provider for both.
Identity Propagation can be done using SAML and OAuth.

If you develop PaaS extensions on Java Cloud Service -SaaS Extension for your HCM, ERP or CX Cloud etc then you should following key points before you start.

Every Oracle SaaS applications have exposed set of web-services to communicate to external applications and we should be aware of these available web services, this is very important as any PaaS extension require a call to the SaaS application.Read this webservice in depth before starting development. 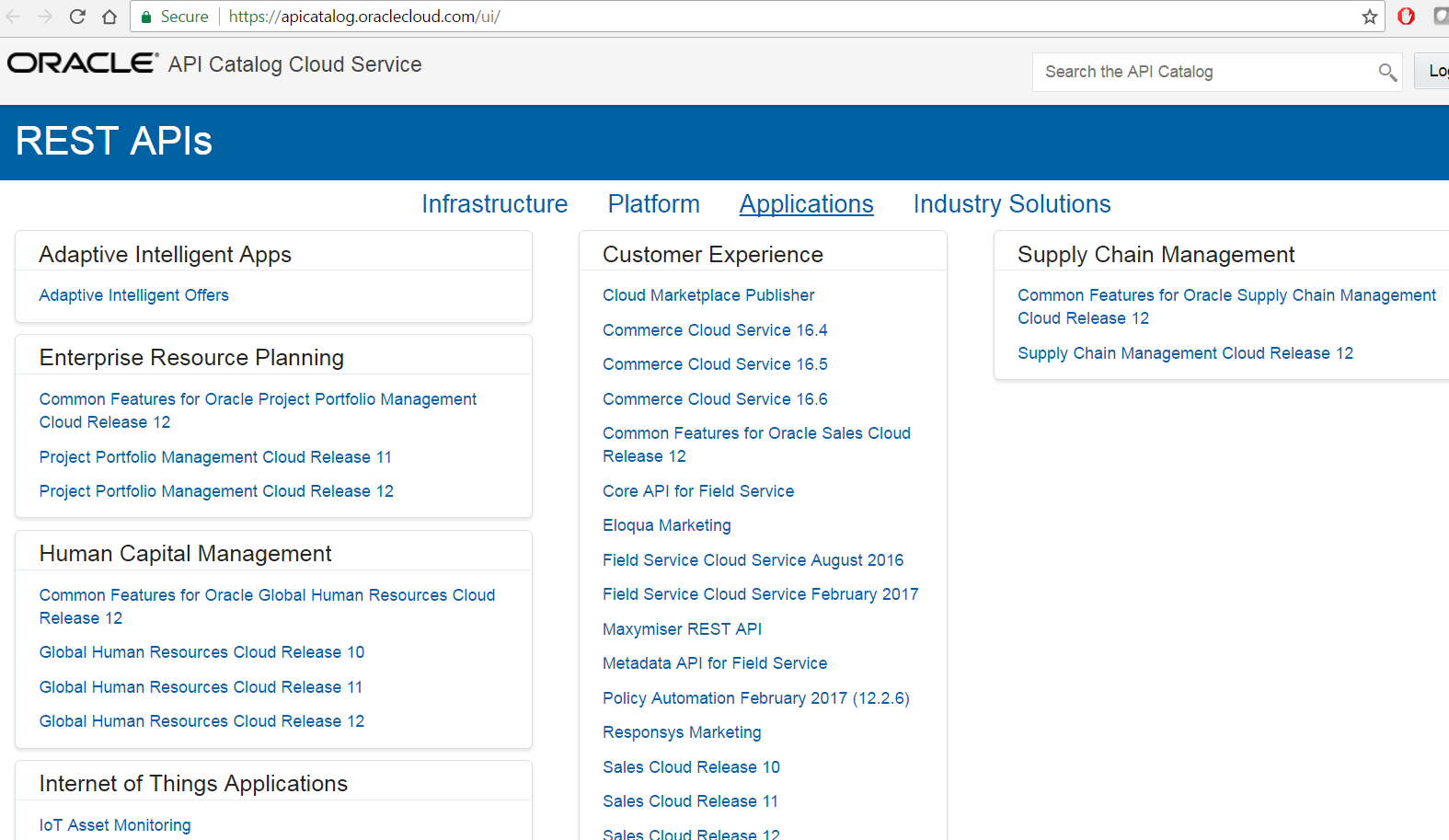 This will comes also with samples for PaaS4SaaS. Open Samples in Jdeveloper.Get all samples in GitHub 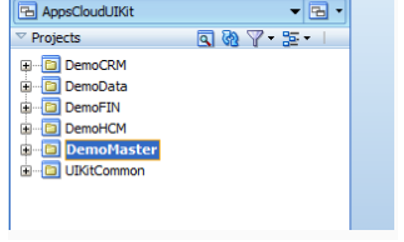 You can navigate to DemoMaster->WebContent->Index.html and run it . You should able to see below screen

3. Design Patterns/Template/wireframes – Rapid Development Kit provides wireframe template in ppt format, can be download from RDK wireframe templates. RDK also provides UX design patterns ebook. These two are exceptional resources to design PaaS Extension for Cloud Applications. You got all what you want to draw your layout/format and get your user feedback/comments before start developing.

– Design patterns eBook: Offers guidance on how to design your mobile cloud apps. These design patterns are referenced throughout this mobile wireframe template.

– Technical eBook: Offers guidance on how to use the Rapid Development Kit (RDK) to build and deploy applications that have the same look and feel as Oracle Mobile Applications. This eBook is packaged with the kit.

You can make your own template. Use, reuse, and resize these icons in your wireframes. Most of these icons are sized 44px to facilitate selection. You may need to reduce them from 44px x 44px to 16px x 16px.

Chose IDE which is best suited to you or you have already working experience, this choice will enable you to start developing quickly.

If you came across any more tips or knowledge , Please share in comments. Happy cloud development

Oracle launch Oracle Container Cloud Service finally last year. Oracle Container Cloud Service – based on the technology and developed by the team that came from the StackEngine acquisition by Oracle – is a cloud-native and Docker compatible container as a service (CaaS) solution integrated into the Oracle Cloud. It is enterprise ready and with comprehensive tooling to compose, deploy, orchestrate, schedule, and operate Docker container-based applications on the Oracle Cloud. Designed for Dev, Dev/Test, DevOps, and Container Native use cases, OCCS enables self-healing scheduling, built-in service discovery, and CI/CD integrations via webhooks and REST API..It also comes in competition with the following competitor in world

Oracle Container Cloud Service offers Development and Operations teams the benefits of easy and secure Docker containerization when building and deploying applications.OCCS is the newest addition in the Oracle Cloud landscape. It’s a PaaS service that addresses those additional requirements for running Docker in production.

Every configured OCCS service has its own admin user and password. To set up an OCCS service, you define its service name and either create a new SSH key or specify an existing one. Using this SSH key you can connect to the service from the command-line.

– provides an easy-to-use interface to manage the Docker environment

You can request trial account for 30 days for from Oracle.com. For learn how to use trail account please see below video.

Container cloud service uses docker.Let learn about Docker,
Docker
Docker has been a tremendous success over the last three years. From an almost unknown and rather technical open source technology in 2014, it has evolved into a standardized runtime environment now officially supported for many Oracle enterprise products.

Basics
The core concepts of Docker are images and containers. A Docker image contains everything that is needed to run your software: the code, a runtime (e.g. the JVM), drivers, tools, scripts, libraries, deployments, etc. 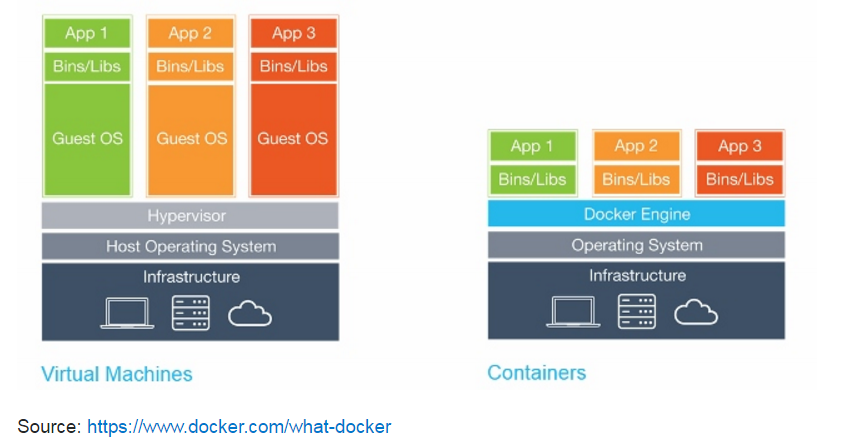 on a host, plus default deployment directives. Service is neither container nor image running in containers. It is a high-level configuration objects that you can create, deploy, and manage using Oracle Container Cloud Service. Think of a service as a container ‘template’, or as a set of instructions to follow to deploy a running container.

Stack – Stack is all the necessary configuration for running a set of services as Docker containers in a coordinated way and managed as a single entity, plus default deployment directives. Think of it as multi-container application. Stacks themselves are neither containers nor images running in containers, but rather are high-level configuration objects that you can create, deploy, and manage using Oracle Container Cloud Service. For example, a stack might be one or more WildFly containers and a Couchbase container. Likewise, a cluster of database or application nodes can be built as a stack.

Resource Pool – Resource pools are a way to organize hosts and combine them into isolated groups of compute resources. Resource pools enable you to manage your Docker environment more effectively by deploying services and stacks efficiently across multiple hosts.Three resource pools are defined out of the box.

Stacks
OCCS does not only define and deploy single services. You can also link services together and start them as a stack. The OCCS console already comes with several predefined stack examples, such as WordPress with a database or a Redis cluster with master and slave.

Stacks are defined by a YAML file that lists the contained services. You can define environment variables for every service in a stack.